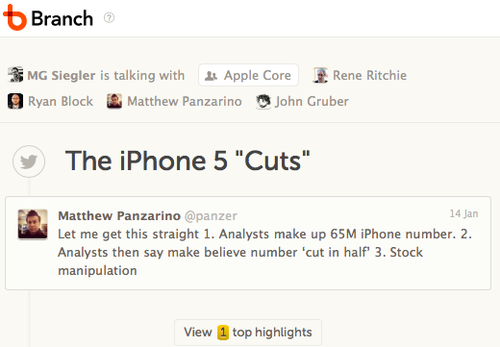 It’s hard to say what I hate worse: the disjointed nature of trying to have a conversation on Twitter, or blog comments. Actually, no it’s not. It’s clearly blog comments. They are quite possibly the worst and most useless thing on the internet. But both of the aforementioned things are the reasons I love Branch.

I first wrote about Branch almost a year ago, when they were just getting started. CrunchFund subsequently got involved in an advisory role to the company because they were trying to do the impossible: create a civil, smart place on the internet for discourse. Today, they’re officially launching out of private beta and into the public.